What a difference a year makes. I remember arriving at the Arnold Palmer Invitational last year feeling awful. I was on my third round of antibiotics for a case of strep throat that wouldn’t budge. We had plans for Magic Kingdom, Hollywood Studios, and Universal Studios. I made it through the first two parks before my body gave up on me. I ended up at the hospital for IV fluids and a round of steroids. The guilt. Oh, the guilt. No Universal for my boys. I hated being a distraction from golf for Marc. I hated not being able to get out of bed. I was nearing my one year anniversary and I was not better. Sure, I wasn’t dying but I wasn’t really living either. Surviving is not quite the same thing.

If you had asked me whether I thought we would have more children you may have seen tears well up as I said, “Hopefully.” Or, “One day, when I’m feeling better.” But in my mind that when was really an if. Just a few weeks later at the tournament in Hilton Head Island, I was sick again. My tonsils were filled with putrid stones. I was coughing up quarter sized globs of the darkest green mucous. I couldn’t get out of bed. A burden. In my mind that’s what I had become. I was starting to lose hope and was becoming resigned to a life exhaustion and illness.

I made a joke to my doctor, “Can’t we just cut out my tonsils?” He said that wasn’t actually a bad idea. I met with an ENT and she cautioned me about how difficult the recovery of a tonsillectomy was for an adult. I told her it couldn’t be much more difficult than what I was already going through. She asked me to wait a little longer. I was sick two more times and I called the surgery scheduler and begged for a date. They scheduled it for May and it went well. The recovery was exactly what you would expect but I don’t remember it being that bad. I knew the pain was finally for a reason. There was a light at the end of the tunnel. I started to get better. In September my infectious disease doctor cleared me with a clean bill of health and told me to have a good life. That was one of the best days I’ve ever had. I had another one of those days two months later when two little pink lines popped up on a pregnancy test. Eight weeks after that the ultrasound technician told us we were having a girl. There were happy tears that day. And then yesterday Harvey, Ollie and I were able to watch Marc win the very event that I was so sick at one year ago. If you had asked me then if I could have ever imagined taking the boys to two theme parks and walking three 9-hole days of golf I probably would have laughed at you. If you had asked me if I thought I could do that 23 weeks pregnant, I may have called you crazy.

Yesterday a few reporters asked me how it felt to be there to watch him win.  I couldn’t really find the words. I’m not sure that I’ll ever be able to adequately do that…but I’ll put it simply. Yesterday was one of the best days. One that we will never forget. It was a full of love, laughter, support, gratitude, blessings, and the trophy that Harvey has so desperately wanted. 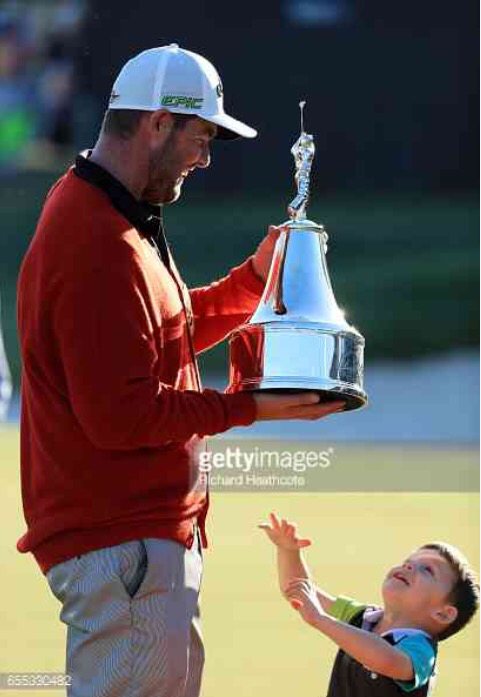 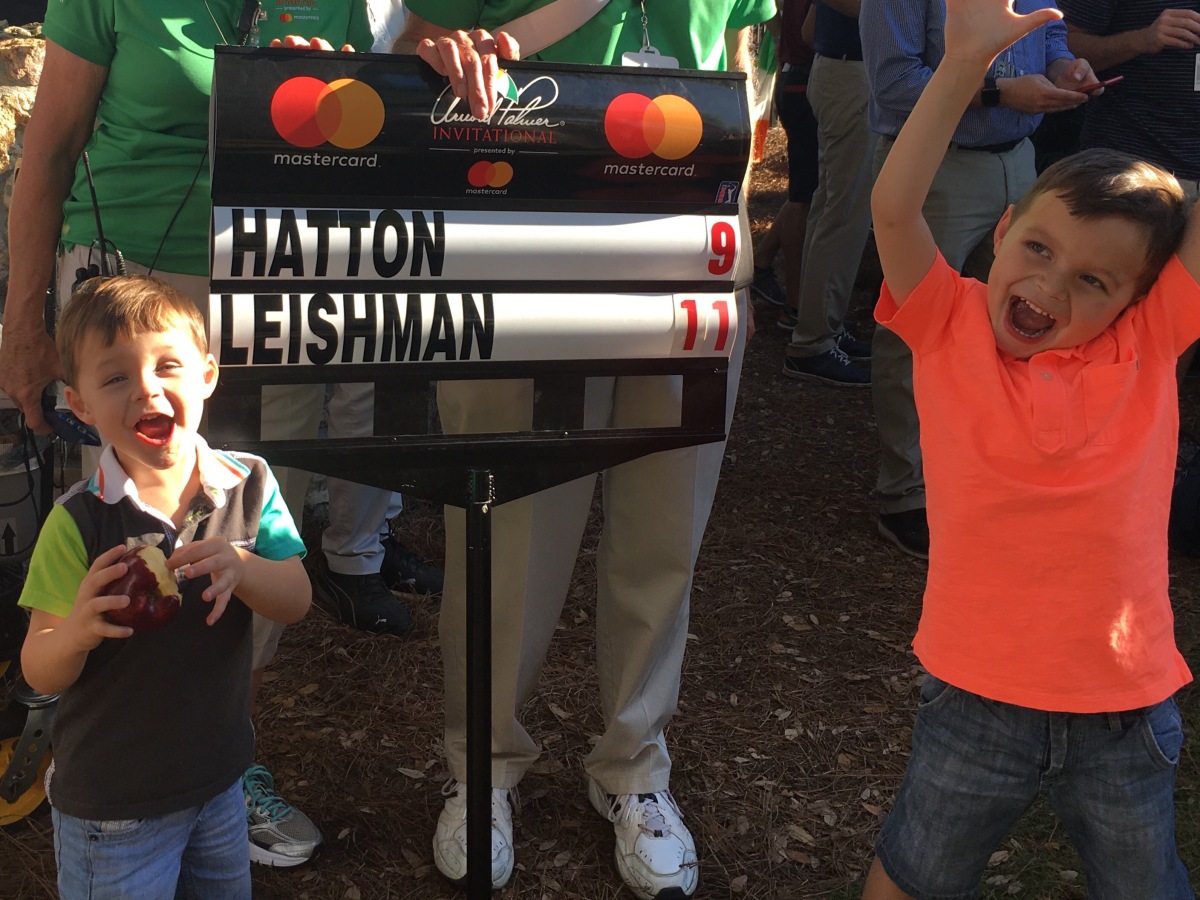 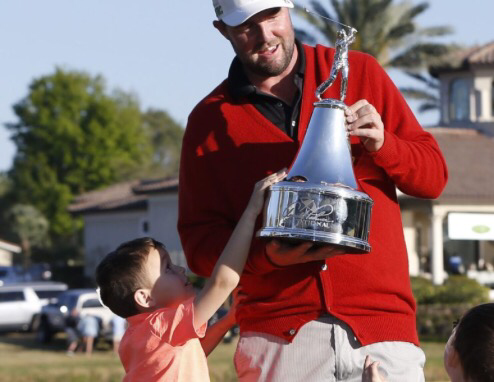 From the bottom of our hearts, thank you for supporting us.

3 thoughts on “A Day to Remember ”